Global leaders discuss the future of the maritime industry in Copenhagen

Present and long-term challenges for the global maritime industry and corresponding solutions are on the agenda when ministers, top executives and experts meet in Copenhagen for the Danish Maritime Forum on 7-8 October 2015.

With some 90% of world trade transported by sea the maritime industry is a major enabler of globalisation and international trade. As a consequence, the industry’s response to the changing world economy is important to the future of growth and development all around the world, not least in emerging economies.

The discussions at this year’s Danish Maritime Forum – known as the maritime equivalent to the World Economic Forum in Davos – are influenced by volatility in global markets and uncertainties about future growth and will focus on how the maritime industry can address these challenges in both the short and long term.

Other topical issues will include the New Chinese Silk Road, the global energy outlook and the future of ocean governance.

More than 200 influential decision makers from all parts of the global maritime value chain have been invited and accepted to come and discuss major global trends. This includes the South Korean Minister of Oceans and Fisheries Yoo Ki-June, UK Minister for Shipping and Ports, Robert Goodwill, the Ghanaian Deputy Minister of Transport Joyce Bawah-Mogtari, State Secretary of the Norwegian Ministry of Trade Dilek Ayhan, the South African Deputy Minister of Transport Sindisiwe Lydia Chikunga, the Danish Minister for Business and Growth Troels Lund Poulsen and other ministers together with Secretary General of the International Maritime Organisation Koji Sekimizu.

The voice of ship management will include Peter Cremers Chief Executive Officer of Anglo-Eastern Univan and Bob Bishop Executive Director of V.Ship.

Andy Dacy Chief Executive Officer, Global Maritime of J.P. Morgan and Peter Stokes Director of Lazard will be there with others from the financial industry and investors. Many other key stakeholders in the global maritime industry will join them at the two-day Forum.

This year the Danish Maritime Forum also includes the young voice as a smaller number of Future Maritime Leaders are selected and invited to take part in the discussions. 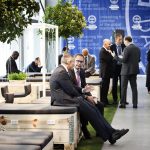 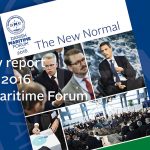 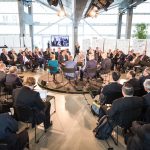